We often take the good things insects do for granted. They offer insights into aging and lifespan, we study their navigational abilities and they provide pollination, food to other animals and birds, control weeds and recycle waste. Read on for some funny, beautiful and inspirational quotes about insects. 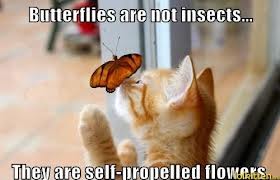 My 10th Sonata is a sonata of insects. Insects are born from the sun… they are the sun’s kisses. Alexander Scriabin – Russian composer and pianist 1872 – 1915

Insects are my secret fear. That’s what terrifies me more than anything – insects. Michael O’Donoghue – Writer and performer 1940 – 1994

In a broader sense, the rhythms of nature, large and small – the sounds of wind and water, the sounds of birds and insects – must inevitably find their analogues in music. George Crumb – American composer 1929 –

If we were to wipe out insects alone on this planet, the rest of life and humanity with it would mostly disappear from the land. Within a few months. E. O. Wilson – American biologist and researcher 1929 –

Ants are the dominant insects of the world, and they’ve had a great impact on habitats almost all over the land surface of the world for more than 50-million years. E. O. Wilson – American biologist and researcher 1929 –

I never kill insects. If I see ants or spiders in the room, I pick them up and take them outside. Karma is everything. Holly Valance – Australian actress, singer, model 1983 –

If all mankind were to disappear, the world would regenerate back to the rich state of equilibrium that existed ten thousand years ago. If insects were to vanish, the environment would collapse into chaos. E. O. Wilson – American biologist and researcher 1929 –

We hope that, when the insects take over the world, they will remember with gratitude how we took them along on all our picnics. Bill Vaughan – American journalist 1915-1977

I don’t care how small or big they are, insects freak me out. Alexander Wang – Fashion designer 1983 –

There are, as is known, insects that die in the moment of fertilization. So it is with all joy: life’s highest, most splendid moment of enjoyment is accompanied by death. Soren Kierkegaard – Danish philosopher, poet and social critic 1813 – 1855 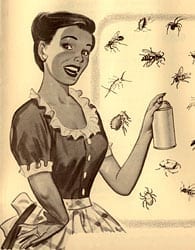