Will Cockroaches Ever Rule The World?

It seems that people debate this a lot. Well, maybe not this exact question….but it is often said that cockroaches would be the only thing to survive a nuclear war. They will ‘inherit the earth’, as they say. This idea may not be far off. Cockroaches have survived 350 million years, evolving the entire time and they continue to evolve and adapt today. They are developing the ability to subvert our continued efforts to get rid of them by poisoning. Cockroaches are showing an amazing ability to adapt to rapid change. 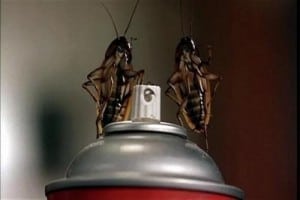 Where originally pest control technicians would go into a home and spray a liquid pesticide in the living and eating areas, they began using a bait in the late ’90’s. This bait was glucose based. At first it was thought that the roaches were developing a resistance to the poison itself. It has since been found that they actually altered their internal chemistry to not favor sweetness. The small hairs on their bodies that sense bitter and sweet began sending the message for bitterness when they came in contact with a sweet substance. Thus allowing them to avoid the glucose based bait that the pest control industry was using. 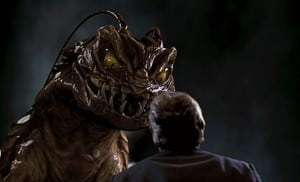 This is not to say that the human race will ever encounter MIB style cockroaches, like above, but it does say a lot about the cockroaches ability to adapt to an ever changing environment.

If you suspect that you have a problem with cockroaches, we can help. From identification, to treatment, to prevention, Rapid Pest Solutions is the answer. Contact us today by filling out this form – or give us a call. 219.836.5066