Arachnophobia – It’s Not Just A Movie

Arachnophobia – the fear of spiders.

An estimated 9 million American adults have a fear of spiders. I know I do! Of all the bugs and insects out there, spiders scare me the most by far. Just looking at a picture of a spider causes my anxiety to kick in. (writing this blog is causing some major spider related stress!) Strangely enough, even some entomologists fear spiders. American Entomologist published a paper in which they surveyed 41 entomologists that willingly admitted to having some aversion to spiders. One participant was quoted as saying “I would rather pick up a handful of maggots than have to get close enough to a spider to kill it.” Some people said their quick, jerky movements were the reason that spiders freaked them out. That may be part of it but for me it’s those eyes. UGH!

You can read the full article here. 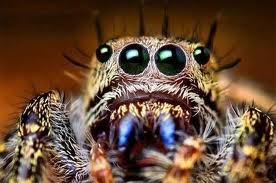 Believe it or not there are some positive things about spiders, I promise! Below are some of the ways that spiders can actually help indoors. 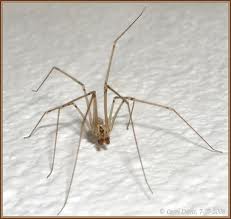 Even though I have listed some positive things that spiders can do most of us still want to keep them out of our homes. Here are some things you can do to control spiders.

If you are having a problem with spiders Rapid Pest Solutions can help. And remember, no matter what, be thankful that we don’t have to deal with the Camel Spider! YIKES! 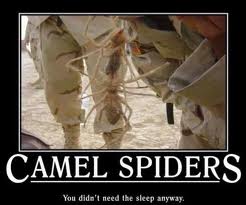